You are here: Home / older children / Breastfeeding Beyond a Year

Establishing breastfeeding is not always easy and in the first few weeks eight out of ten women who stop do so before they had intended to.  However once breastfeeding is going well it usually becomes a very important and enjoyable part of mothering. Breastfeeding, co-sleeping with a baby and carrying them close in a sling can be natural and normal ways of mothering, and babies instinctively expect to breastfeed and to be near to their mother.  This is not a lifestyle choice and it is not just about the way a mother gives her baby food; it is part of the whole mother/baby relationship.

Breastfeeding continues to offer benefits to mother and child, both to their health and mental and emotional well being, for as long as it continues.  It is sometimes thought that there is a point where breastmilk no long offers any benefits but this is not accurate. Breastmilk maintains nutritional value as well as emotional benefits and the World Health Organisation and the Department of Health recommend that breastfeeding continues, with the appropriate additional of complementary foods, for two years and beyond. 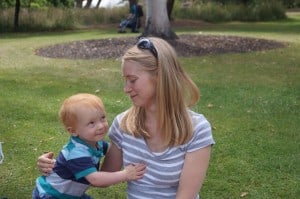 Anthropologist Kathy Dettwyler’s research suggests that the normal and natural duration of breastfeeding for modern humans falls between 2.5 years at a minimum and about 7 years at a maximum. Until around the last 100 years extended breastfeeding was a cultural norm. Dettwyler also says “Many primates wean their offspring when they are erupting their first permanent molars. This occurs around five-and-a-half to six years in modern humans around the same time as achievement of adult immune competence suggesting that throughout our recent evolutionary past the active immunities provided by breastmilk were normally available to the child until about this age.” 1

The UNICEF report2, entitled Preventing Disease and Saving Resources, published 18 October 2012, sets out the ways in which the longer a baby is breastfed the greater the health benefits for both mother and child. It takes between two and six years for a child’s immune system to fully mature. Human milk continues to complement and boost the immune system for as long as it is offered. 3
Research on the incidence of illness in breastfed or weaned toddlers reflects these dynamics. Extensive research on the relationship between cognitive achievement (IQ scores, grades in school) and breastfeeding has shown the greatest gains for those children breastfed the longest. 4 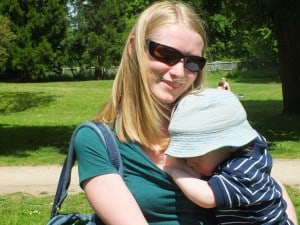 The importance of gradual weaning

It’s a natural process for children to outgrow breastfeeding on their own, letting them grow at their own pace. Independence can’t be forced upon a child before he is ready to assume it and independence, not dependence, is one outstanding trait that breastfed children who self-wean have in common. 5

Natural weaning allows for differences in children. A child who weans gradually is able to maintain his emotional attachment to his mother, rather than being forced to switch to an inanimate object such as a cuddly toy or blanket.Rapid weaning may cause the breasts to become uncomfortably full; a mother’s body responds to signals to reduce milk production only gradually. Abrupt weaning may leave the child feeling his mother has withdrawn her love as well as her breast.
The sudden shift in hormones may cause the mother to become depressed and she may also risk developing mastitis or a breast abscess. A weaned child is more susceptible to infections because of the loss of the anti-infective and protective properties of human milk.The physiological process of weaning is complex and involves microbiological, biochemical, nutritional, immunological, and psychological adjustments for both mother and child.  During the weaning process the composition of human milk adjusts to meet the needs of the growing child so that, although the volume is decreasing, an appropriate level of nutrients remains present and immunological protection is not compromised.5 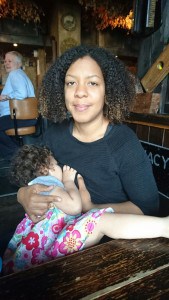 Breastfeeding is much more than food

In her book Mothering Your Nursing Toddler, Norma Bumgarner explains how breastfeeding is so much more than food to toddler.  She says, “Breastfeeding can provide feelings of love, comfort, and protection. When a mother makes herself available to nurse her child through a situation that he can’t handle alone, he will likely develop independence based on faith that mother will be there to help.  Allowing a toddler to nurse (or wean) at his own pace is an expression of trust that contributes to his self-esteem”. 6

Breastfeeding mothers benefit from being near to their children and children love the comfort and security.  To have this relationship involuntarily stopped is something which will cause unnecessary and ongoing emotional distress and loss of health benefits to both, and is taking away the human right of a baby to be breastfed7

Resources from LLLI
I want to wean
Breastfeeding toddlers

Copyright LLLGB 2016, originally published on this website as The Breastfeeding Dyad.