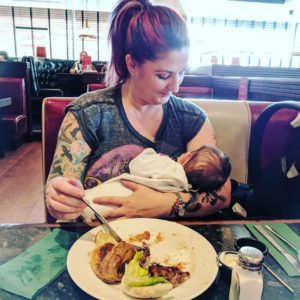 Breastmilk is instantly available for babies and is wonderfully convenient wherever a mother is. This is particularly important as babies have small stomachs and breastmilk is digested very quickly.  However, many mothers worry about breastfeeding in public spaces and are unsure about their rights in the event of negative comments from other people.

What does the law say?

Can cafes, restaurants and shops ask a breastfeeding woman to leave?

What about communal public spaces?

If a mother is out with her baby she may need to stop and breastfeed. She is not required to cover herself or go to a specific feeding room, but people may occasionally object.

In England and Wales
A woman cannot be prosecuted for breastfeeding under public decency laws. A mother can ignore people who ask her to stop feeding and she can just carry on. Unfortunately though, she has no specific legal protection against their actual comments objecting to breastfeeding. If, however, the remarks become aggressive or abusive then women have a right to report this as with any other form of abuse.

In Scotland
Under Scottish legislation, it is an offence to deliberately prevent or stop a woman from breastfeeding in a public place. If a mother is approached by anyone, anywhere, and asked to stop breastfeeding, she has the right to phone the police who will attend, discuss with the person involved, and warn them that they are committing an offence liable to a fine of up to £2,500.

In Northern Ireland
Breastfeeding mothers are protected by sex discrimination laws that prohibit anyone from treating a woman unfavourably because she is breastfeeding and the Government intends to introduce specific legislation to support and protect breastfeeding infants and their mothers in public places. 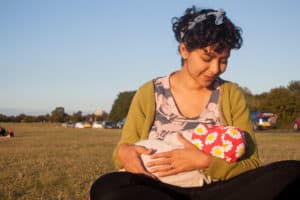 Although in recent years breastfeeding may have been considered something which should not be done in public, limiting nursing when out and about can restrict your baby’s food intake. Breastfeeding is the most natural way of understanding and satisfying your baby’s needs and its importance in terms of promoting healthy development for both baby and mother is officially recognised by healthcare organisations all over the world. The more often breastfeeding is noticed, the more easily it will be accepted by the public, leading to a change in people’s attitudes and a reduction in any criticism.