You are here: Home / about LLL / LLLGB Conference 2016: Our Speakers

Price for whole event is from £149  including all meals and accommodation!
Please contact conference@laleche.org.uk with any questions.

You can read our speaker biographies below, and more information about our Conference here 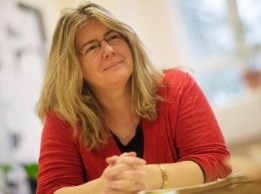 Helen Ball obtained her PhD in Biological Anthropology at the University of Massachusetts, Amherst in 1992. Her undergraduate degree was in Human Biology, and her interests span both biology and anthropology. Helen spent several years in the Caribbean where she conducted her PhD fieldwork. Following her appointment as a Lecturer in Anthropology at Durham in 1993 Helen began a programme of research on night-time infant care, established the Parent-Infant Sleep Lab in 2000, and was promoted to Professor of Anthropology in 2007. Broadly defined, her research examines sleep ecology, particularly of infants, young children and their parents. This encompasses attitudes and practices regarding infant sleep, behavioural and physiological monitoring of infants and their parents during sleep, infant sleep development, and the discordance between cultural sleep preferences and biological sleep needs. She has conducted research in hospitals and the community, and contributes to national and international policy and practice guidelines on infant care: www.dur.ac.uk/sleep.lab/. She pioneers the translation of academic research on infant sleep into evidence for use by parents and healthcare staff via ISIS – the Infant Sleep Information Source .
Helen Ball i s a longterm member of the LLLGB Panel of Professional Advisors. 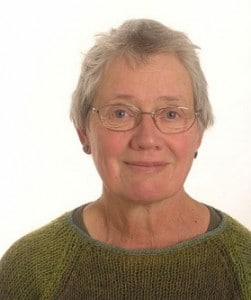 Kerstin Hedberg Nyqvist is Associate Professor in Pediatric Nursing at the Department of Women’s and Children’s Health, Uppsala University, Uppsala, Sweden. She is a registered nurse with specialist education in pediatric nursing. The topic of her PhD thesis in paediatrics was preterm infants’ development of oral motor competence during breastfeeding. She is a certified NIDCAP observer and has been an International Board Certified Lactation Consultant (IBCLC). In the Uppsala University Hospital NICU she introduced early breastfeeding in preterm infants (from 28 weeks), NIDCAP, family centred care, and the Kangaroo Mother Care (KMC) method – including the continuous model of application. She is a member of the International Network for KMC, and an expert group from the Nordic countries and Quebec, Canada that is adapting the Baby Friendly Hospital Initiative for neonatal intensive care. Her main research focus is: breastfeeding and feeding in neonatal intensive care, Kangaroo Mother Care, support of the parental role, and she has more than 40 publications in scientific journals. 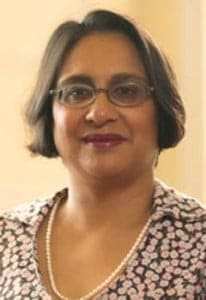 Amali Lokugamage works as a consultant obstetrician & gynecologist/honorary senior lecturer at the Whittington Hospital, London, UK, as well as the Hospital of St. John’s and St. Elizabeth’s in St. John’s Wood, London. Her main clinical interests lie in integrative medical gynecology and general obstetrics. The long-term behavioral and emotional consequences of how we are born and nurtured are of particular interest to her. Dr. Lokugamage has set up a maternity acupuncture service within the NHS. She also has a keen interest in improving rates of natural birth and had a homebirth herself in 2008. Her experience of homebirth led to her writing a book called The Heart in the Womb.

Dr. Lokugamage’s undergraduate medical qualifications are from St. Andrews and Manchester Universities. She obtained an MSc epidemiology at the London School of Hygiene and Tropical Medicine and was awarded an MD from University College London. Clinical training was undertaken at London teaching hospitals. She has a great interest in medical education and has role in coordinating undergraduate education in women’s health and vertical modules. She is a student support officer for University College London and plays an active role in postgraduate teaching. 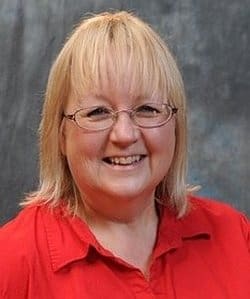 Teresa Pitman has been writing about birth, breastfeeding and parenting for more than 25 years. She co-wrote the popular “Steps and Stages” columns in Today’s Parent, Canada’s national parenting magazine, and has also written for many other magazines, including Mothering, Family Fun, Chatelaine, and More. She also has 14 published books. As a long-time La Leche League Leader, she was thrilled to be asked to co-write the 8th Edition of The Womanly Art of Breastfeeding (published in 2010).

Teresa has been invited to speak at conferences across Canada and the US and as far away as New Zealand. She’s the mother of four grown children and the grandmother of six and lives in Guelph, Ontario, Canada. 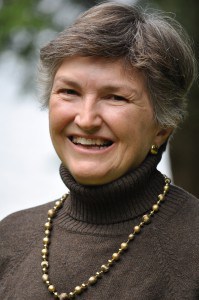 Diane Wiessinger, MS, IBCLC and La Leche League Leader is a co-author, with Diana West, Linda Smith, and Teresa Pitman, of La Leche League International’s Sweet Sleep Nighttime and Naptime Strategies for the Breastfeeding Family. She is also a co-author, with Diana West and Teresa Pitman, of the 8th edition of LLLl’s Womanly Art of Breastfeeding. Other publications include chapters in Genna’s Supporting Sucking Skills in Breastfeeding Infants and Smith’s The ABC’s of Private Practice, and journal articles and essays on latching, lip ties, D-MER, motherhood in other mammals, and breastfeeding language. Diane self-publishes more than 75 breastfeeding handouts for mothers. She has spoken in over 40 states and provinces and in Europe, Asia, and Oceania. 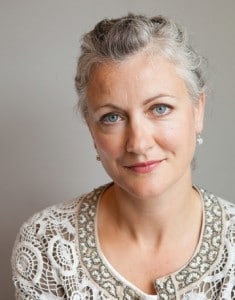 My breasts are simply part of my body, not the most important thing about me. Yet what they mean to me, and my experiences of them, provide insights into some of the most personal aspects of being a woman. For two years, I photographed and interviewed women about their breasts, bodies and lives. I can’t wait to share their stories and photographs with you; they are courageous, moving, funny, intimate and revelatory. The project is called Bare Reality and concludes with a book and exhibition.

More than simply part of our bodies, breasts represent sexuality, motherhood and femininity. Their primary purpose is to feed our babies. At the same time, in Western culture they are considered a woman’s single most significant sexual attribute. They can be erogenous zones. Yet to others they bring disappointment, inconvenience, and even health problems. We see images of breasts everywhere in the media and yet ‘real’ breasts are taboo, hidden away. Bare Reality explores the dichotomy between how women feel about their breasts privately and how they are presented for public consumption through the media.

There has been so much public debate about breasts recently, from Free the Nipple to No More Page 3, from breastfeeding photographs on Facebook to celebrities on the red carpet, from Femen to the women of the Niger Delta. I think the time has never been better to hear how women really feel about their breasts, and to see how they really look.
Women aged from 19 to 101 have taken part in Bare Reality, women with healthy breasts, cancer survivors, different ethnicities, women from all walks of life, all shapes and sizes, heterosexual, lesbian, bisexual, asexual and trans women. Their perspectives and experiences are diverse: Buddhist nun, burlesque dancer, career women and stay at home mums, a female vicar, nurses, strippers, social workers, full/long term breastfeeders, cancer survivors, a club night promoter whose pseudonym is ‘Captain Hello Titties’, and so many more.

The women in this book bare all and they are made subject, not object. For the first time, 100 women share pictures of their breasts, along with stories about growing up, sexual experience, breastfeeding, health problems, insecurities, surgery, ageing and more. The reality of breasts is revealed with honesty and truth. More than that, breasts are a catalyst for an intimate exploration of what it means to be a woman. 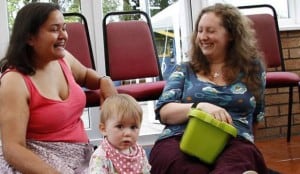